Purchased at this year’s Inglis Broodmare Sale for only $50,000, the well-bred Auckland Beauty went part way to repaying that purchase pricing by breaking her maiden!

By Champion Sire Redoute’s Choice out of the Group 2 AJC Shorts winner Fritz’s Princess (pictured below), the mare had been placed prior to her purchase at the sale on multiple occasions, but since that time has had three starts for new owners Grant Bloodstock Pty Ltd (Mgr: S P Grant), Carpe Diem (Mgr: K R Lowe) and Laurel Oak Bloodstock Pty Ltd (Mgr: L J Mihalyka) and has produced two second placed effort before a spell, and then followed that up with an impressive maiden victory at Bairnsdale on Monday. 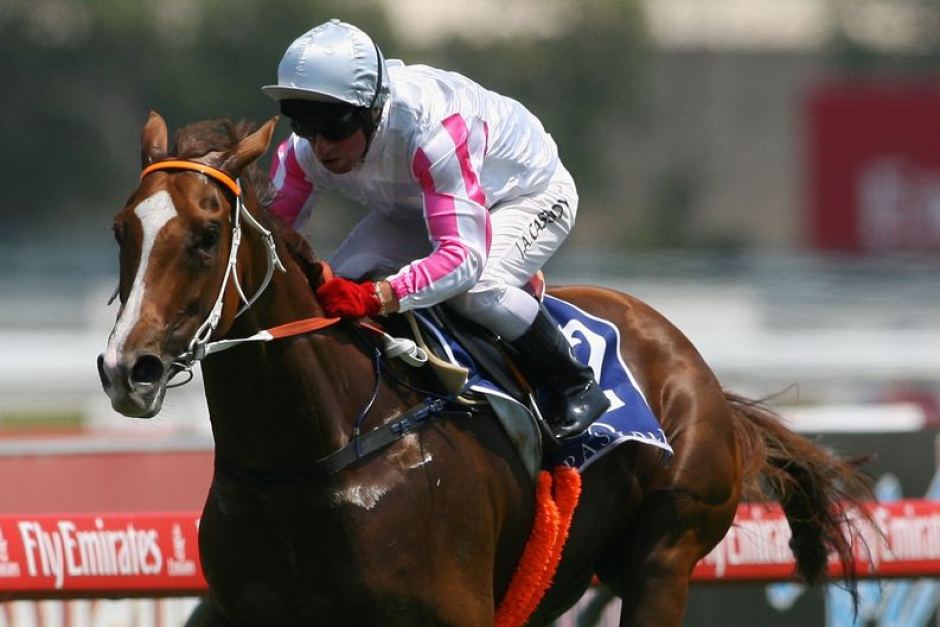 Trained by Peter Moody, the now four-year-old jumped away well from barrier three and went forward to settle in fourth place, right behind the leading trio.

Short-priced favourite Golden Cropper, a More Than Ready half-sister to Group 2 winner and now Coolmore stallion Rubick, started to make her run rounding the home turn, going to the leader and looking as if she would go on with it, but jockey Vlad Duric aboard Auckland Beauty had started to get our mare going and she responded very well.

With a few “taps” from the whip, Auckland Beauty set out after the leading duo, catching them with about 30m to run to take the race by three-parts-of-a-length from Golden Cropper with Little Bita Spunk a long head back in third.

With a win and six second placed performance from nine starts to date, it is clear that the mare has ability, and fingers crossed she goes on with it now, as once she retires from the track she is very well-bred and will make a great broodmare prospect being bred on the Danehill x More Than Ready cross.

Congratulations to our fellow owners.