Better Land gets chance to prove his talent

Peter Moody is giving blueblood three-year-old Better Land an early opportunity to prove precisely how good he is.

The champion Melbourne trainer is giving the son of Shamardal and former brilliant filly Amelia’s Dream a crack at the $100,000 Listed The Rosebud (1200m) at just his second start.

The only time the colt has been to the races was for a three-length Sale maiden win in April and while Moody is not convinced he will measure up to the top level, he said he might have struck the right year to have a crack at the early three-year-old features.

“He’s like everyone’s three-year-olds; we’re just hoping they improve sufficiently to measure up to the better grade,” Moody said.

“Probably all of this season’s three-year-old colts are in the same bracket because none of them actually shone at two.

“The two best two-year-old colts (from last season) are maidens – Jabali and Cornrow – so anyone with a three-year-old that they’ve got any opinion of are entitled to have a crack at what is supposedly the better grade.

“Is it six months too soon? Yes, I think it is, but to get seasoned he’s going to be taking on the better class.”

Better Land will tackle a Rosebud field full of horses in a similar boat. None of the field have had any more than three starts and two rivals – John O’Shea-trained favourite Sarajevo and Gai Waterhouse’s Echo Prince – have had just one start for a win in maiden grade.

Inkling, Bold Circle and Scissor Kick are other last-start winners in the race, while the remaining runners – Nayeli and Hero I Am – are also winners.

None of Better Land’s rivals are as well-travelled as the $400,000 purchase from last year’s Inglis Easter Yearling Sale (pictured as a yearling). 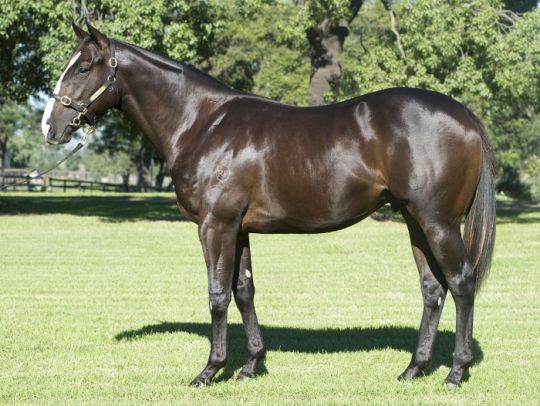 Sent out to the far east of the state for his debut run and spent the bulk of the winter spelling in Queensland, where he trialled before heading down to Moody’s Randwick stable late last month.

How he performs in The Rosebud, in which he will be ridden from Kerrin McEvoy and start from the outside barrier in the field of eight, will determine future plans but Moody did use last year’s race to launch the campaign of Dissident, who went on to run second to Zoustar in the Group 1 Golden Rose.

“I did a similar thing with Dissident, but bear in mind he was a bit more experienced,” Moody said. “He’d had a couple of runs and ran in a Blue Diamond, so he was more seasoned.

“But this guy is a well-bred colt that I’ve always had a good opinion of.”

The Rosebud is the key support race on an exciting Randwick program that includes a sterling edition of the Missile Stakes.

Boban, Hawkspur, Kirramosa and Weary are among the possible Spring Racing Carnival stars who will launch their campaigns in the event that also contains Group 1 winners Rebel Dane and Laser Hawk and classy types Messene, Sweet Idea and Thump.