FLASH IN THE DARK and ATLANTIC SENTINEL provided a tremendously enjoyable double in Canberra on 25 September. This was Tony Campbell Cup Day, which is always a very enjoyable day of racing, honouring and remembering the very popular Canberra racecaller, who died ten years ago. The meeting also has the Canberra Premiership presentations, so with all that entertainment, we had three Laurel Oak tables at the luncheon that day. Capping that off with two winners was a perfect piece of timing.

Atlantic Sentinel won the first on the day to score his maiden win at his fourth race start. He is the first foal of the former talented Laurel Oak racemare, CUT AND RUN, and he looks to have a promising future. While his win was at 1400m, he looks set to be even better at 1600m and perhaps beyond, but we will have to wait until next preparation to find that out, as he has now gone for a spell. Last month we reported in on Canberra’s Capital Cash prizemoney boost at every second meeting, and Atlantic Sentinel won the first of these races, which was an $18,000 maiden.

Flash In The Dark book-ended the day by winning the last, giving trainer Keith Dryden a treble for the day. She was resuming from a spell, and this made it two wins from three starts for this well-bred filly. The win was perfect timing to go to the first of the Sydney metropolitan Highway Races. While originally announced to start in December, there was a Racing NSW announcement on the morning of the 25 September Canberra meeting that the concept was being fast-tracked and that the first race would be held at Randwick on 16 October as a Class 2 1200m race for country-trained horses. 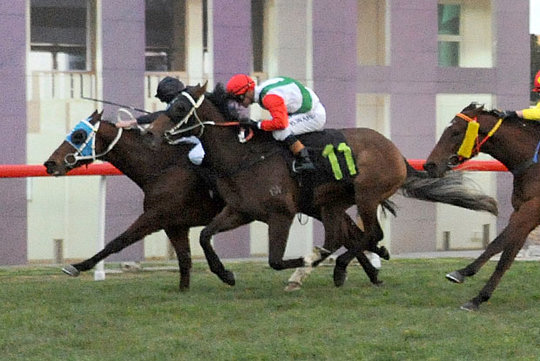 This was perfect in terms of class and distance for Flash In The Dark, so Keith Dryden targeted that race, but that is where the “perfection” ended, as she was badly interfered with in the race and the occasion got to her, so she finished well back. She may now run in Canberra on Melbourne Cup Day.