Two weeks ago we introduced our new format of Grandstand View, which gave us the flexibility to bring you interim news messages on a more timely basis.

Unusually for Laurel Oak these days we went thirteen days without a runner, but pleasingly the thirteen days were book-ended by two wins. Thirteen days ago it was SIKHING GLORY, and now we are delighted to celebrate the win of CONFIDENTIAL in Canberra last Friday, as the first of our interim updates.

We mentioned in the newsletter that our horses with Chris Waller tend to reach a fork in the road when Chris thinks they will make city grade or whether they are better placed in an easier racing area with a less expensive training rate. And Confidential was one of those for which Chris had recommended the latter option.

We sent Confidential to Keith Dryden and Scott Collings as he was still eligible for BOBS bonuses. While Keith ran out of time to earn those for us, the horse was working well on the track and Keith was encouraged about his future prospects, at last locally.

After a warm-up run over 1000m late in July, he hit the line in an encouraging manner at his next start over 1300m at Goulburn. As we reported in Grandstand View, he then ran second at Goulburn and actually threatened to win the race before the leader, and eventual winner, Don’t Give A Damn, found another gear and proved too strong.

Don’t Give A Damn then went to Sydney for a narrow defeat in a Highway race, and then turned that around with a very impressive Highway win at Rosehill last Saturday.

So the form around Confidential was suddenly looking much better. Last Friday he raced over 1600m in a Class One & Maiden Plate. Off a good draw, he was given a good run by Brendan Ward and got a run through on the point of the home corner in what proved to be a critical moment in the race and towards the final outcome.

Confidential had to chase down odds-on favourite, Fun Tickets, but did that brilliantly to just snatch victory on the line. Highlighting the quality of the performance was the fact that the third horse was almost four lengths further back. 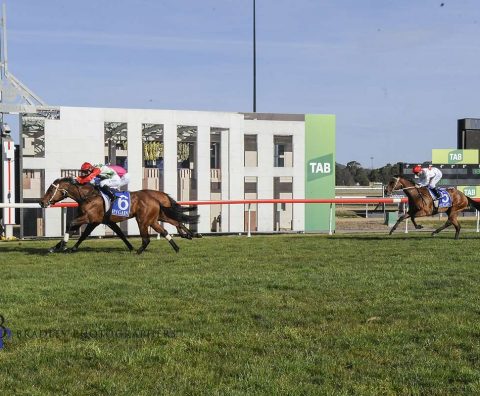 The manner of the win suggested that now, as a more mature 4yo, he is at the start of his career rather than at the end of it, with hopefully plenty more wins in store. Further he also found the line in a manner that suggested further than 1600m will suit him. 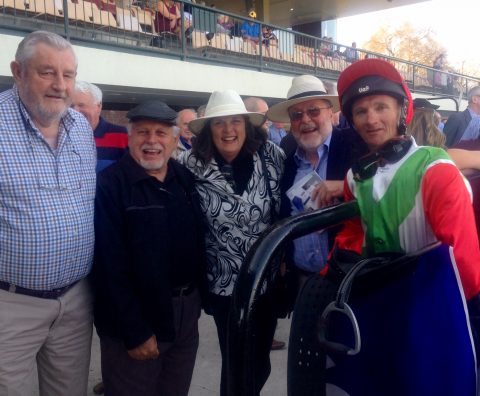 He has come through his race well and as yet Keith hasn’t determined where he will head next, but already we are looking forward to it.