Having only her second career start, and her first of this campaign, four-year-old mare Court Martial Miss headed to Newcastle on Saturday to contest Race 4 of the day, the 3M Maiden handicap over 900m. 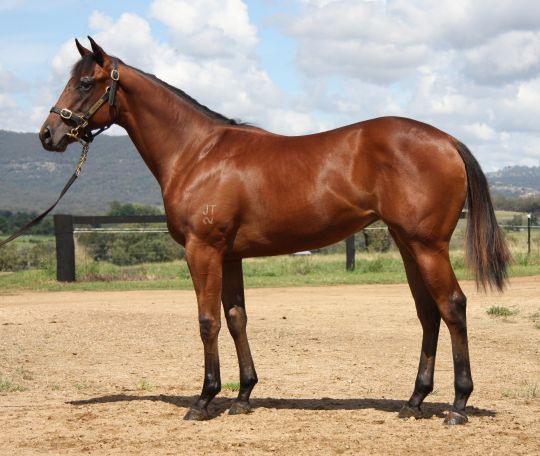 Jumping out of the barriers well for Andrew Gibbons, the mare headed along the rail and she settled not too far from the leaders over the short trip.

As the home turned was reached and the leaders appeared to tire, the mare was pulled from around the heels of those in front to start to make her run.

The only danger to Court Martial Miss appeared to be the fellow Gary Portelli-trained runner, but our mare was too tough, taking the race by a narrow head margin from Lot Three Four One, with race leader First The Musket a length and a half back in third.

With only two starts to her resume to date, the War Pass mare still has a lot of racing in her and being the only filly to have raced out of the Zeditave mare Grand Juror, it would be great to get some more wins on the board to add to her residual value.