\Sunday, 24 Feb 2013 – Consistent 3yo gelding Crusader General made a return to the winners stall at Canberra this afternoon, taking out the Jack Thomas Memorial Hcp on Black Opal Preview Day.

While the lure of running in the Canberra Guineas is a big attraction, Crusader General’s owners will be patient and wait for the Albury Guineas where their General Nediym 3yo will be eligible to collect a $50,000 Inglis Bonus should he salute in this race. 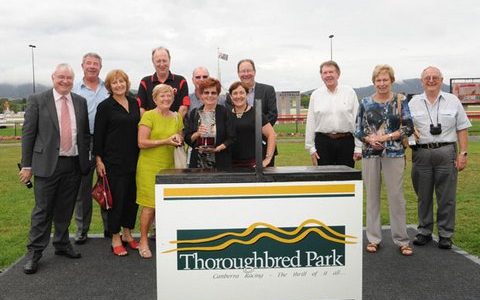