Making his debut in the Von Costa De Hero Maiden Plate over 1100m at Seymour , three-year-old Magnus gelding Magnus Opus jumped away fairly from the barrier and jockey Dwayne Dunn let the Tony Noonan-trained runner settle towards the back of the pack, with only three runners behind him

Racing wide, but with cover, Dunn started to make up ground around the outside of the field at the 600m mark and as the field cornered into the home straight, he was the second widest of the field, still needing to make up many lengths. 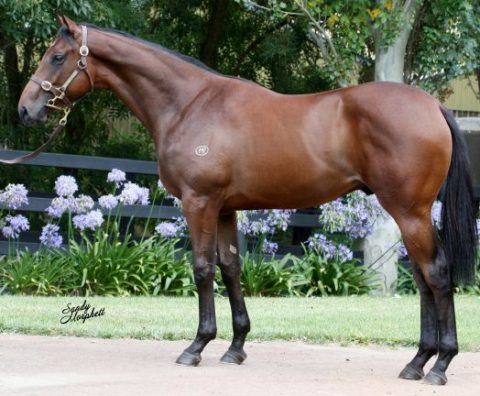 When asked for the supreme effort, he knuckled down extremely well to gather in Sharatan and pull away for a length-and-a-quarter victory.

In what was an impressive debut performance, Dunn had time to put the whip away and allowed the gelding to coast to the line, ears pricked, indicating that there is plenty of talent there.

Towering over his opposition, Magnus Opus is out of the unraced Bel Esprit mare McCune, herself a daughter of the Umatilla mare Lisa’s Game, a winner of the Listed Cranbourne Cup and a narrow runner up in the Group One Caulfield Cup behind the import Taufan’s Melody.