A good performance from promising colt Mr Optimistic in the Run To The Rose will be enough to convince trainer Tony Noonan to tackle the Group One Golden Rose.

But Noonan said it would take a supreme optimist to believe Mr Optimistic could win the 1200m Group Two feature at Rosehill on Saturday.

Mr Optimistic will take on the Chris Waller-trained duo Japonisme and Press Statement, as well as Godolphin pair Exosphere and Holler.

“There are some nice horses in it that are better credentialled than him,” Noonan said.

“The horse is going to measure up at some stage, but this is nice race that will test him out.”

While Noonan has a high opinion of Mr Optimistic (pictured below as a yearling), he says he wants to see him match it with top-class horses before he looks to the $1 million Golden Rose. 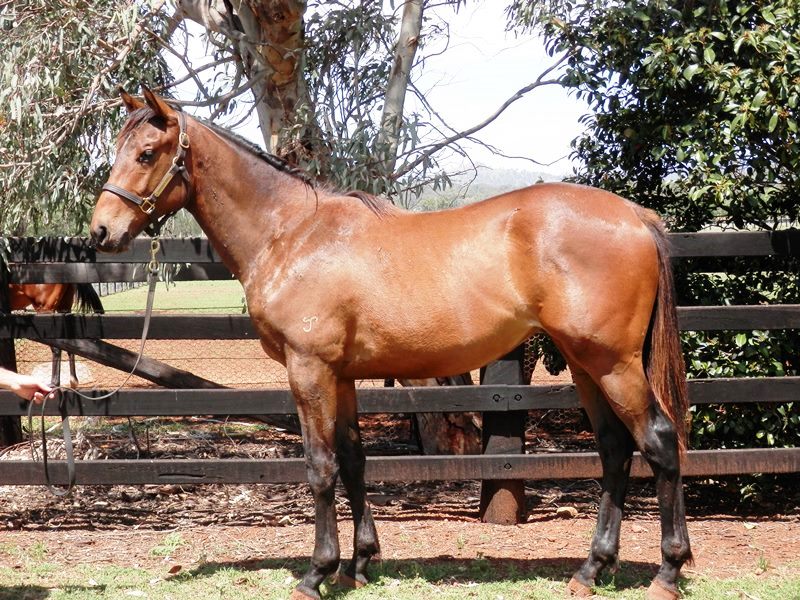 “He’s such a raw type of animal and it’s hard to evaluate those horses sometimes,” he said.

After a Queensland winter carnival campaign which included a Listed placing, Noonan opted to spell Mr Optimistic in the winter sunshine.

“Years ago the great Victorian trainers used to race horses in Queensland during the carnival and then send them for a spell up there,” Noonan said.

“Over 25 years, all the good horses I’ve trained have got to Queensland and they normally come back better horses.”

Multiple Group One winner Ortensia is just one of the Noonan-trained former stars to have enjoyed a Queensland winter.

Mr Optimistic is the first foal from another Noonan-trained Group winner, Be Positive.

“Some of the people that were involved in Be Positive kept the mare and bred the horse, so there will be a pretty good crew there on Saturday,” he said.