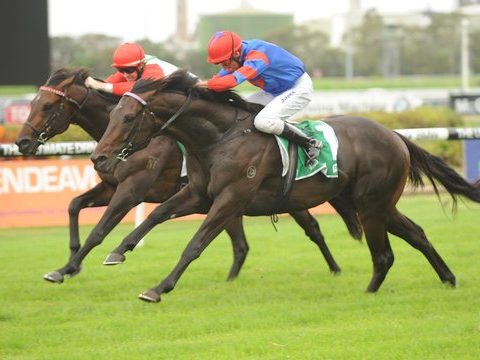 We headed into today’s event under no illusion that it would be a mammoth task to knock over the champ, but our tough colt ran him down to a short-half-head on the line despite blundering the start.

Rebel Dane was tardily away but was able to muster speed and take a position midfield, just behind Pierro. Rounding the turn jockey, Jason Collett had no alternative but to take runs towards the inside and well into the straight he was giving Pierro a good length start.

Passing the 100m mark, we looked set to run a pleasing second, however, Rebel Dan pinned his ears back and set out after Pierro. He was taking considerable ground off the champ over the concluding stages and he had to pull out all stops to hold off Rebel Dane.

While we did have a fitness advantage, we will be improved by the run and we look forward to locking forms with “the big guns” again in the Randwick Guineas.

A huge congratulations must go to Gary Portelli and his staff for the tremendous work they have put into preparing Rebel Dane thus far.