Our pre-race plans went out the window on jumping, when Rebel Dane received a check and was squeezed out the back, to settle in last place.

Things looked grim when the race was run at a slow tempo Rebel Dane spotted the leaders a good eight lengths on entering the straight.

Jockey Jason Collett switched the California Dan colt to the outside and he set sail after the leaders.

At the 200m mark he was still giving away a big start but gradually kept finding and over the final 50m he gave his all to nail, Urquidez on the line.

It was a thrilling moment for his large syndicate of owners, most of who were in disbelief of what they had witnessed.

Rebel Dane is building an imposing record and is now set to take an even bigger step, when he takes on champion, Pierro, in the Group 2 Hobartville Stakes. This will be no mean feat but one we are excited about facing.

Not only was it a tremendous result for Rebel Dane’s owners, but also his Laurel Oak syndicate of breeders that own his dam, Texarcana.

Texarcana won three races over her career but gave her owners many tremendous highlights competing,  in such races as the VRC Oaks and AJC Flight Stakes. Despite these unsuccessful ventures, they provided unforgettable experiences and Rebel Dane is only continuing the thrill for this group of breeders.

Texarcana has a yearling Bernadini filly, a Rothesay colt and is currently in foal to Zoffany, and if any of these siblings have the determination of their older brother, there are more exciting times ahead. 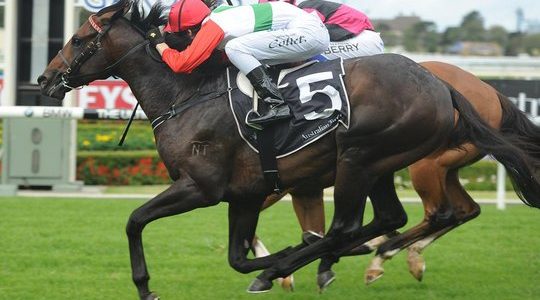