ROMAN ALLIANCE BACK IN THE WINNERS STALL

Roman Alliance scored his third win from eleven starts with a gutsy Canberra victory on 30 November at his first run for the month.

After finishing last as favourite, having been trapped wide at Queanbeyan at the end of October, this KEITH DRYDEN-trained galloper returned to the track ridden by Grant Buckley. Although Roman Alliance over-raced early, Grant managed to get him to settle well enough and then, under vigorous riding in the straight, prevailed over favourite, Paramount Pete, to score a good win.

Roman Alliance’s victory was another success for a Laurel Oak breeding syndicate as he was bred by the Miracle Queen syndicate, and bought by Keith Dryden and Laurel Oak at the Melbourne Premier Sale. 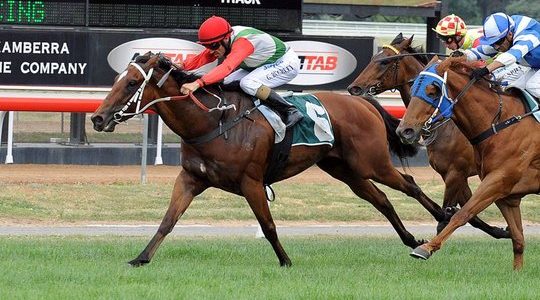