I love an interim bulletin edition of Grandstand View. It means we have a winner or have other good news to report.

Sikhing Glory made it three in a row when he won at Warwick Farm last Wednesday.

We will also take this opportunity of an interim bulletin to rectify a ‘wrong’ of last week. When the October edition of Grandstand View went out it turned out that the links to the last three articles were chopped off. These included ‘New names’ and ‘Links to additional information’ which included the Summary of Laurel Oak Horses and Social Calendar.

It turns out that this was due to the length of the newsletter so we will be watching that in the future.  (Hooray I hear you say!)

These stories and links are included here again.

I have just returned from my 24th consecutive Cox Plate. Over that time we have seen some sensational races and some great horses, but none better than Winx over those years. It was an absolute pleasure to see her complete her Cox Plate treble, albeit slightly more nervously than expected. Not quite the jangled nerves of Black Caviar’s Royal Ascot win though!

Winning hat-tricks are difficult for horses. It may not seem so when referring to Winx and her 22 straight wins and Cox Plate hat-trick. But for the more humble steed the handicapping system is designed to even things out to make that more difficult.

So were extra-delighted when Sikhing Glory completed his winning hat-trick at his first attempt at city racing when he won really well at Warwick Farm last Wednesday.

Trainer Joe Pride had worked out the best riding pattern for the horse – on pace but with cover – and at his last two starts Jay Ford has executed that perfectly. Sikhing Glory had a good trail to the corner but was pocketed entering the straight, but once the run appeared he stretched out beautifully to record a strong win. 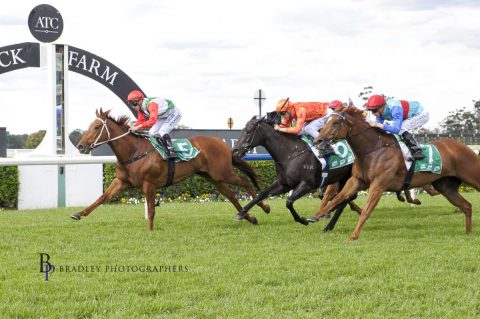 From here his next start is planned for Rosehill on 11 November over 1100m before heading for a well-earned break to mature a little more. 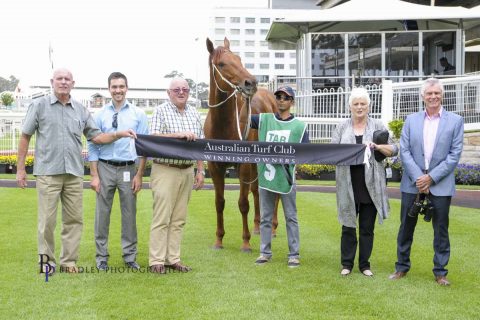