Having his third start for new trainer Darren Weir, four-year-old Shamardal entire Better Land produced the goods in the final race of the day at Sportsbet Ballarat on Wednesday, taking the prize in the Hygain Benchmark 70 Handicap (1400m).

A length and a half third at his most recent run behind Edgewood and Decoupez on a Heavy 10 surface over the 1400m at Warrnambool, jockey Brad Rawiller eased Better Land from an outside gate, settling with only one behind him.

Racing slightly ungenerously in parts, Rawiller let Better Land slide forward a while before home turn, but still had many lengths to make up.

As Elite Tiger and Corporate Takeover cornered into the home straight in front, Better Land was the widest runner of the field, but was starting to make up ground.

Starting the short-priced favourite in the 10 horse field, Better Land knuckled down to chase Elite Tiger who had now skipped a few lengths clear. 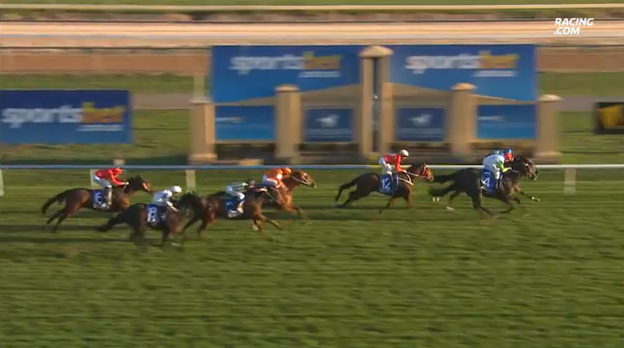 Having showed immense talent early on as evident by his three length debut win and his stakes performance behind Scissor Kick in the Listed The Rosebud and the Group 3 Up And Coming Stakes, Better Land has been somewhat of an enigma, but now that he has broken through for another win, fingers crossed that he continues on with it.