Unsung Dane Proves To Be The Rebel In Manikato

It was probably the last thing Louis Mihalyka wanted to hear as he sat eating his lunch last Friday.

Moran pointed out that Rebel Dane’s previous three efforts in the Manikato had seen him miss out by a cumulative 3.2 lengths … costing Laurel Oak and connections some $1.6 million in earnings. Moran actually said he thought Rebel Dane was good value at the odds, given his record in the race, and now that he had drawn a good barrier.

Turned out to be quite prescient as Rebel Dane – who was bred by the Laurel Oak Texarcana Syndicate and is part-owned by Mihalyka’s Laurel Oak Bloodstock – got up in a thriller. Hugging the rail throughout, Rebel Dane surged to the lead turning for home and had enough left in the tank to hold off a fast finishing Fell Swoop.

“That was a terrific thrill after having finished fifth, fourth and third with the horse in the last three Manikatos,” Mihalyka points out. “Seriously, this horse has had to contend with some absolutely diabolical barrier draws throughout his career: amongst them he drew 10 of 11 in the Doomben 10,000 and finished less than a length off the winner, jumped from 18 in a field of 18 in the Stradbroke and got beaten just on two lengths … he’s a much better horse than has been given credit for and has top four finishes in 20 black type races.”

The Manikato lowered the colours on two of racing’s superstars in Chautauqua and Buffering, with the former out until autumn and the latter retiring after a brilliant career that produced seven Group One victories and over $7.3 million in stakes.

However, Mihalyka reveals that no immediate plans have been made for Rebel Dane. “As for what happens from here, I’ll have to talk it over with (trainer) Gary Portelli,” Mihalyka adds. “He might be spelled until autumn, but I also got a call from Hong Kong at 7.55am on Sunday about him running in the big sprint race at Sha Tin in December and he’d had his (inoculation) shots by 8.30am!

“It’s very tempting to try and follow Australian-bred sprinters like Chautauqua, Sacred Kingdom, Silent Witness, Absolute Champion and co. that have raced to Group One success in Hong Kong, but we’re really just keeping our options open at this stage.”

Given that Laurel Oak is the Australasian agent for Brain Pedigree Analysis, Mihalyka was quick to add that Rebel Dane is a “Brain mating” but agreed – on paper – that the pedigree page was unfashionable. Indeed, apart from Rebel Dane, black type is almost non-existent in the first five dams.

“Georgian Gold, Rebel Dane’s third dam, was actually our first Laurel Oak winner back in 1987,” Mihalyka recalls. “She ran nine consecutive city placings at one stage and eventually won five races – three of those in town – so we decided to send her to stud.

“Her second foal, March To The Sea, was with Kerry Jordan who had a high opinion of him and thought he was stakes class. He won five. The half-brother, Rustaveli, won three as well but a promising career was cut short by injury.

“Same with Rebel Dane’s dam, Texarcana, who won three races but was more talented than her ultimate record showed and her career was cut short by equine influenza. It’s not a commercial pedigree by any stretch but it has a lot of very good city-class horses.

“Funnily enough, when we did the Brain mating that resulted in Rebel Dane, it came up with two options … California Dane and another Hunter Valley stallion.

“When we tried to book into the other one we were told that the mare’s pedigree wasn’t good enough so we went to California Dane.” 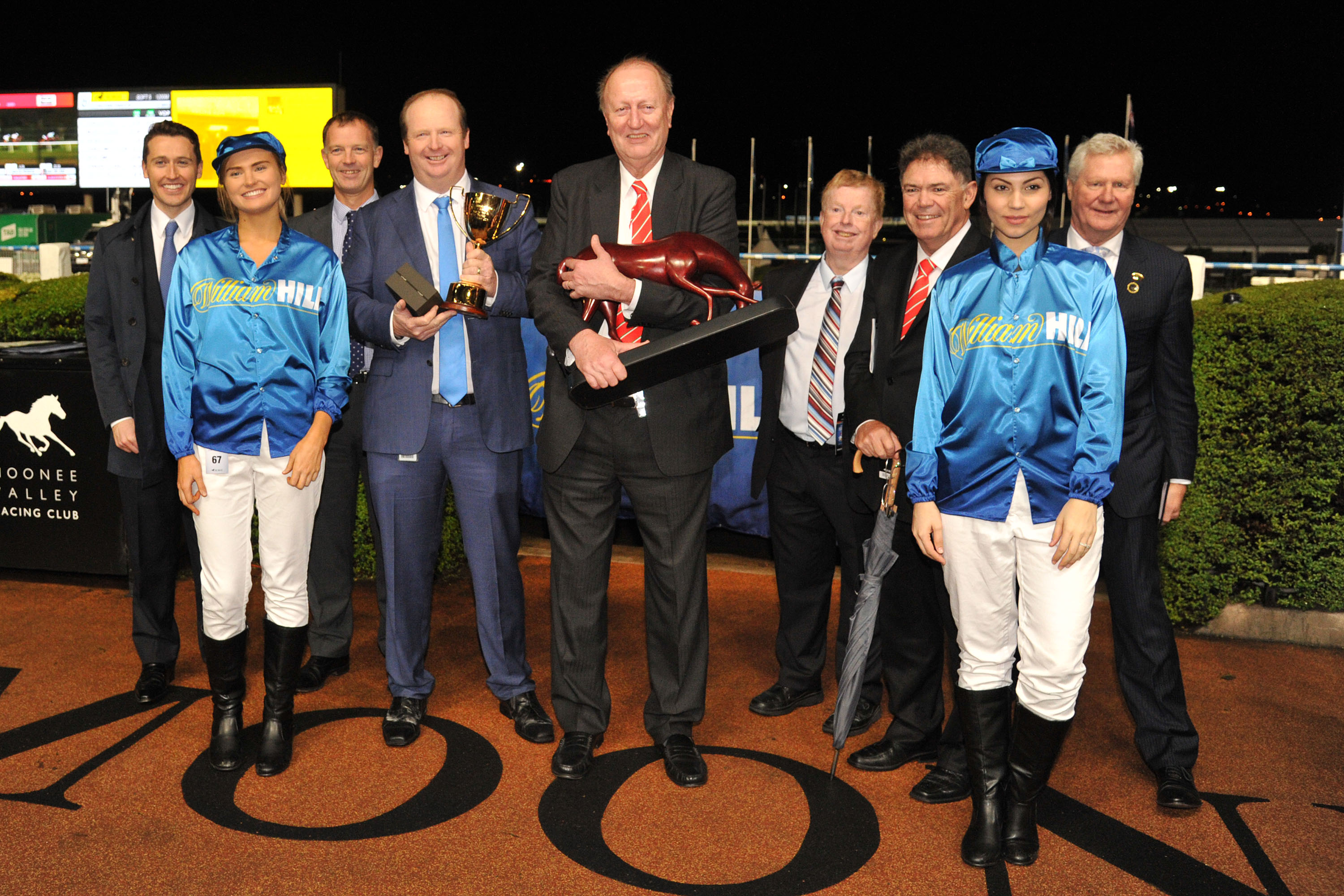 HOOFNOTE: It has been a big week for Laurel Oak with another of its home-breds in Maygrove winning the Listed Jakkalberry Classic at Rotorua on 15 October, while Rebel Dane’s Manikato Stakes was followed up by Sir Bacchus winning the lucky last, giving Mihalyka a running double at Moonee Valley’s premier night meeting.

By Sebring out of the Encosta de Lago mare, Bacchanal Woman, Sir Bacchus is raced in partnership by Laurel Oak and was purchased by Mihalyka at the 2014 Magic Millions National Yearling Sale for $130,000.

“The breeder (Lockyer Thoroughbreds) is a Brain client and the yearling was a really nice type and, as it turns out, a very good racehorse.”