With three second placed efforts so far this time in, all were confident that Wide Acclaim, affectionately known as Harry, would break his maiden anytime now.. and that day was Tuesday when the two-year-old contested Race 2: Farrar Legal 2YO C& G Maiden Plate over 1100m.

Team Hawkes saddled up race day favourite Elemenohpee who had had three barrier trials winning all three including defeating Sir Bacchus, the other Laurel Oak runner in the race on Tuesday.

Ridden by Winona Costin, the Gary Portelli-trained Wide Acclaim started the second favourite in the race and from barrier five jumped away well before being restrained and allowed to drift to a mid-filed position.

Sir Bacchus, who had the inside gate was slowly away and settled with only a few runners behind him.

At the 700m mark Wide Acclaim had pulled himself out of the pack and was travelling in three wide position without cover.

Continuing on his forward path, Wide Acclaim found himself hitting the lead at the top of the straight, while the race favourite Elemenohpee was trying to find a gap to set out after Wide Acclaim.

But the son of Congrats had too much on the race favourite as he continued to pull away for an impressive two-and-a-quarter length victory. To view the race win, click the below image. 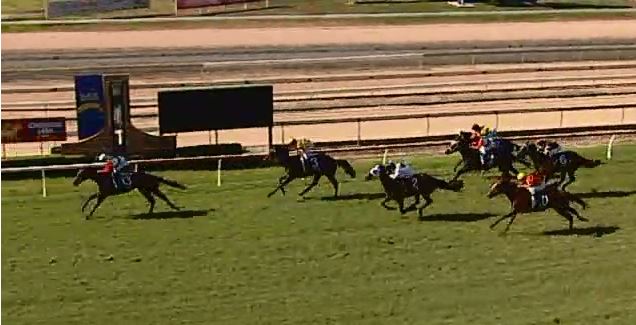 Sir Bacchus worked home solidly to finishing fifth and with the run acting as an educational experience, trainer Chis Waller is confident he will return a much stronger 3yo.