Known as “Rosie” to her legion of owners, Not A Single Doubt filly All My Loving headed to Kembla Grange on Saturday February 15 to contest the Blow Hole Point Maiden Plate over 2000m.

Stepping up to the trip for the first time, a trip that connections had always felt confident she would handle, the Gary Portelli-trained filly had recorded four previous placed efforts from her seven career starts to that point.

With Sam Clipperton in the saddle, the filly jumped away well from the gates and went forward to settle in third position, a few lengths from the leader.

Appreciating the good tempo set up front, Clipperton pulled the filly out before the home turn and she rounded them up before pulling away to assert her superior staying ability, going on to record an impressive four length victory from Dodge That with a nose back to the third horse Heresdecasino. 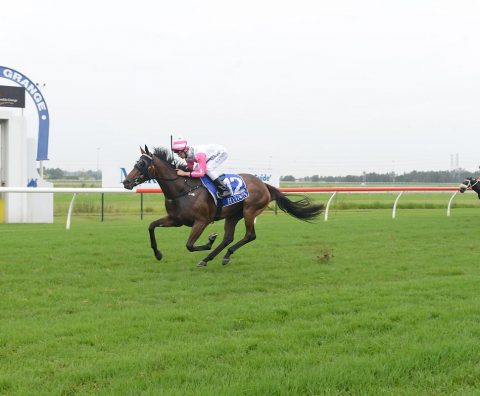 The manner of her victory now opens up Oaks options for the Laurel Oak Rose (Mgr: L J Mihalyka), Jalana (Mgr: D Gremmo), A N Fitzgerald, L J Carpenter, Mrs K A Carpenter, Ms K L Benson, Mrs S L Grant, S James-owned filly as she progresses further into her campaign with the lucrative Group One ATC Australian Oaks as part of “The Championship” race days, or there is the Group One Queensland Oaks held in Queensland during the Winter.

While she is by  noted sprinting sire in Not A Single Doubt, her staying capabilities appear to come through her dam side with her dam Valentine Rose being by Black Minnaloushe.

Purchased from the draft of Burnewang North Pastoral at the 2012 Inglis Premier Yearling Sale, the improving filly wears the pink and white silks of the National Breast Cancer Foundation, with 10% of all her winning prizemoney going to the very worthy cause.

Congratulations to all involved in this filly!! 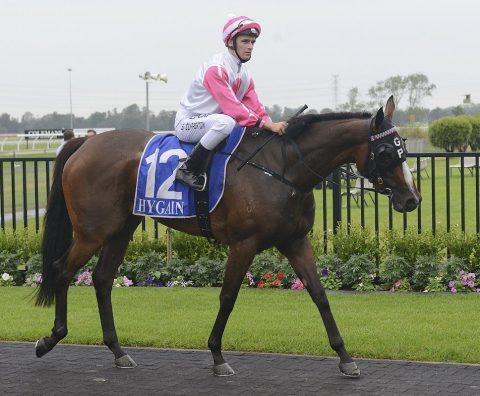 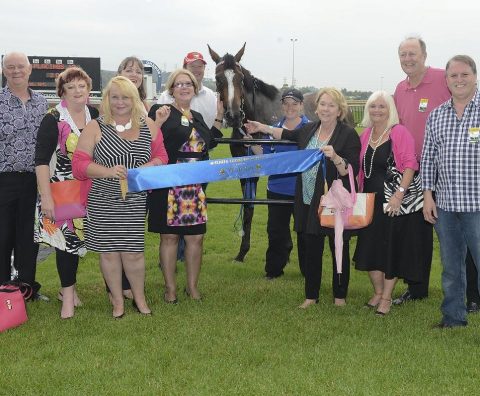