Bacchus blows them away in Rosehill opener 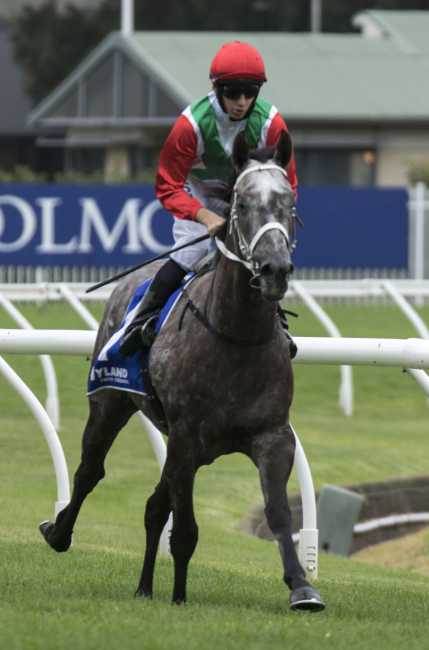 In the small seven horse field, the John O’Shea-trained Medaglia d’Oro gelding Reincarnate, a winner of his last three starts started the clear $2.00 favourite in the $85,000 Hyland Race Colours Handicap over 1200m.

As misty rain fell on the good 4 track, In Her Time (Time Thief), the lone filly in the field flew the gates and went forward to take up the lead very comfortably from Wudang Mountain and Dark Steel who came along the rail to take up third.

Race favourite Reincarnate settled in fourth on the outside with Chris Waller’s Sir Bacchus, who was resuming from a break after a last start run in the Magic Millions 3YO Guineas at the Gold Coast, settle in last position.

Surprisingly off the pace, in comparison to his last start where he lead, Reincarnate began to track wide rounding the turn as his jockey James McDonald started to urged the three-year-old along.

At the 300m mark, Dark Steel had come along the inside of the runners to take up the lead momentarily before Jason Collett on Sir Bacchus drive the son of Sebring along the rail to hit to the front.

Surging clear, the grey pulled away to record a two and a half-length victory over stablemate So Willie (More Than Ready) in a time of 1.10.54 on the Good 4 rated track surface.

Holding on for third was the Gai Waterhouse-trained Dark Steel (Redoute’s Choice), with favourite Reincarnate back in fourth.

Likely to form part of Chris Waller’s arsenal for the Brisbane winter Carnival, stable representative Charlie Duckworth was on hand to discuss the victory with Waller currently enjoying a well-deserved holiday.

“He was very impressive,” stated Duckworth.

“Obviously he had a great prep last prep and he ran well in the Magic Millions Guineas.

“Resuming today it was a dominant performance.

“He has always run well fresh and he today he put them away with relative ease so hopefully he’ll progress up to Queensland.”

When asked about a trip to the Queensland carnival, Duckworth felt the win was enough to see him on the float.

“I would have thought that would be enough,” stated Duckworth.

Jockey Jason Collett who wasn’t tied down to an specific riding instruction, produced a perfect effort to take the win.

“I kept an open mind on where I’d be in the run and sort of where I’d come down the straight,” stated Collett.

“I had a walk of the track before the first and the obvious two strips on the inner aren’t probably the best, but the way he was travelling, he made it look easy.

“Once I gave him more reign he was off and gone.”