Sent to Eagle Farm trainer Liam Birchley, after initially starting her career with Gary Portelli down in Sydney, the now five-year-old War Pass mare Court Martial Miss was having her second start for her new trainer and was quite impressive with her two-and-a-quarter length victory.

Having run second over 1110m when racing first-up for Birchley back in August, the mare had a nine week break and headed to the Sunshine Coast on Sunday where she contested the Lindsay Consulting Handicap over 1000m.

Away from barrier three with Michael Cahill in the saddle, the mare went forward and settled in third position behind leader Cannizzaro who had flown the gates and went a couple of lengths clear.

Getting a lovely run in transit sitting on the rails, when the home turn was reached and Cannizzaro began to weaken; Court Martial Miss was reminded what she was there for and surged through a gap between the tiring leader and One In One Out who was on her outside.

Pulling away to win the race quite easily, it was a reminder that the mare does have some talent and now that she has broken through, it is likely she will step up in class and could possible head for a Saturday race. 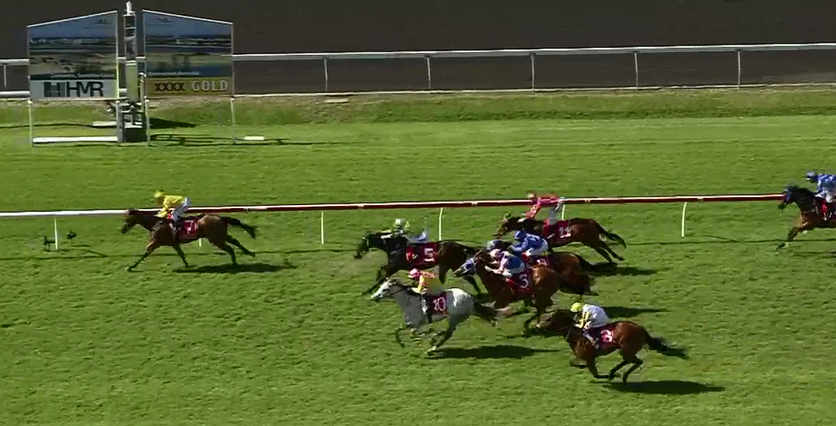 To view the race replay, click the above image and go to Race 5.