Fastnet Rock Mare In The Money

Heading back to Wyong after her narrow last start second, our Fastnet Rock mare Posh Rock once again produced a very encouraging run to finish second.

Starting one of the race favourites in the Moneywise Super Funds Maiden over 1350m, the Tony Noonan-trained mare jumped away a little slowly from the inside barriers before jockey James McDonald drove along the rail to sit in third position on the rail behind the leader Crimson Ruby.

With the leader getting a good run in front, when the field turned for home, Crimson Ruby kicked and while Posh Rock continued to make ground on the leader the whole way down the straight, the three kilo weight difference came into play.

Finishing a half-length second, Posh Rock has now recorded back to back second placed efforts and fingers crossed the Magic Millions graduate can go one better next time out as she steps up in trip. 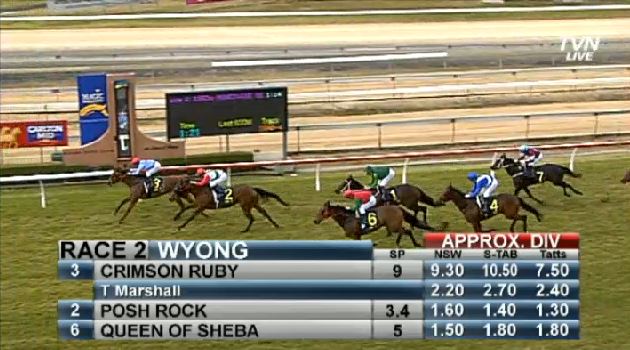