While neither where victorious, both performed extremely well to record Group One placed efforts for their respective Laurel Oak Breeding Syndicates.

Having finished second last time out to the All American colt Bachmann in the Group Three The Schweppervescence over 1400m, two-year-old Snitzel colt Scratch Me Lucky went to the Group One Sires’ Produce Stakes on Saturday and finished an excellent second behind the filly Peggy Jean.

Bred by in partnership between Ramsey Pastoral Co Pty Ltd and Laurel Oak Bloodstock, Scratch Me Lucky (pictured below) is out of stakes performed Success Express mare Radiant Star, who Laurel Oak also part-owned and raced during her career.

Scratch Me Lucky is now likely to head to the third leg of the two-year-old Triple Crown, the Group One Champagne Stakes

The other success for Laurel Oak as a Breeding Syndicate during the day is the much talked about second placed effort by Rebel Dane in the Group One TJ Smith Stakes. 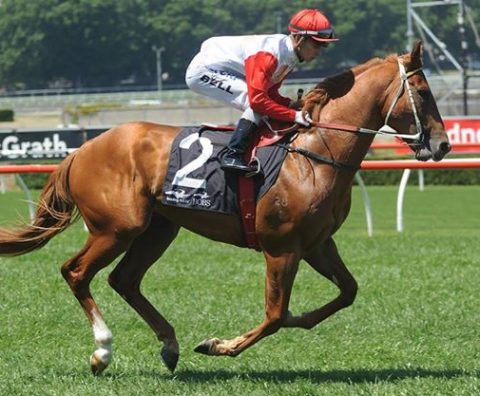