Recording two placed efforts from her four starts last time in, the three-year-old filly clearly appreciated the break, and after settling well back in the run, produced an exciting turn of foot to break her maiden with jockey Jake Noonan in the saddle. 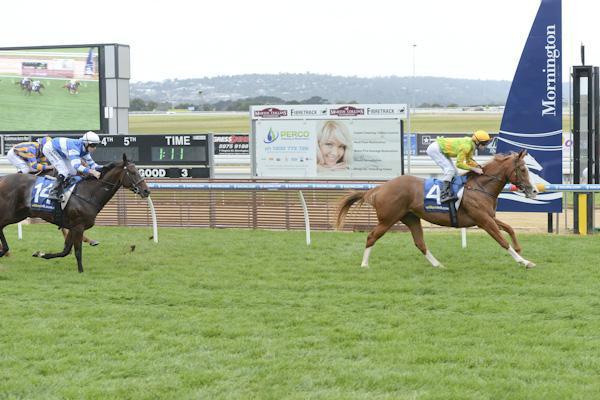 “This was a very deserving win for her connections,” Noonan said.

“They have been very patient and she really should have won before today so it’s a great result.”

“I’ve always said she is a Saturday class filly so it’s great for her to get the monkey off her back because she’s just had no luck in her past runs.”

Starting to make her run 600m from home, the Dylan Thomas filly powered strongly in what was a performance of a filly who can get further as her dam Power Of Love, who was raced in similar ownership was a winner up to 1600m and was placed up to 2000m.

It has been a great few days for the Laurel Oak Bloodstock and trainer Tony Noonan, having scored a victory a few days back with Swiftly Red at Bendigo.