LAUREL OAK AT THE INGLIS PREMIER

We have become ‘fussy’ at the sales this year. The improved performance of our team in general over the past 12 months has been courtesy of a few lessons learned from past disappointments, compared to past successes. To try and maintain the higher quality we have tried to stick with the criteria we have been applying particularly last year and this year. Somehow last year we just found more horses that fitted the bill because, leading up to the Melbourne Premier Sale, we had bought four horses and then another five in Melbourne. This year we have bought only two horses, and even one of those is likely to go first to the Ready to Run Sales in New Zealand before we know whether it will be available for Laurel Oak owners.

Consequently, we would have been happy to buy three or four horses in Melbourne, but somehow couldn’t find the standard we were looking for. The one horse we did buy was on the first afternoon, at Lot 94, which was a Dylan Thomas colt out of Stravinsky’s Image. 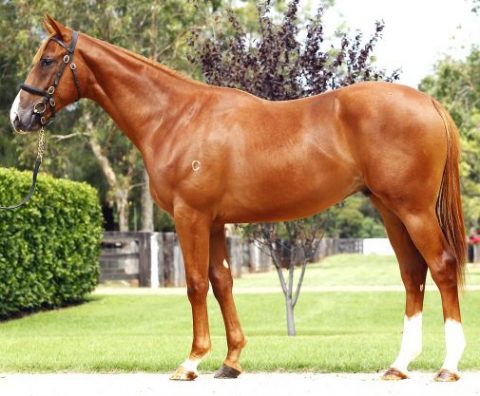 The colt rated a sensational 108***** under the Brain system, and is a full-brother to Agon, who is a well-performed city-winning 3yo filly with Chris Waller. We were keen on Dylan Thomas in general as he was such a great racehorse, and we always figured he would be able to produce some outstanding horses, even if they would likely be 3yos, just like he was. That had been a contributing factor to our purchase of Return Journey, who appears to have vindicated the decision by earning more than her $55,000 purchase price within her first three career starts. The Stravinsky’s Image colt was the one we liked most, and it suited what we were looking for in conjunction with Keith Dryden.

Having only two confirmed purchases so far, plus three yearlings that are being retained, gives us the potential to buy two or three yearlings at the Easter Yearling Sale, which is the highest-quality sale in Australia and the greatest source of stakes-winning horses, albeit at a price. Regardless, if they are good horses they become good value. We have already started the process of inspecting, having spent two days in the Hunter Valley at the start of this week, to get an early feel for some potential purchases.

There are some genuinely exciting prospects already, and, we encourage you to report any genuine pre-sale interest beforehand and we will stay in touch with you regarding potential purchases, or give you priority notice immediately after any purchases.

The Easter Yearling Sale is on Tuesday, Wednesday and Thursday, 9, 10 & 11 April, which is the week following the Golden Slipper.