REBEL DANE…..A STAR IN THE MAKING

REBEL DANE continued on his winning way at Rosehill for his third win in as many starts.

This most recent win, however, was quite remarkable.

Rebel Dane was burdened with 59kgs, when no horses rated higher than he nominated for the race, and Jason Collett took the ride again.

After drawing well and having a good run in transit as favourite, which was understandable following his first two impressive wins, Rebel Dane was suddenly in big trouble when he was hemmed in a pocket on the fence and had a real problem getting out.

Jason Collett aggressively shouldered his way out, and Rebel Dane clipped heels, almost fell, lost momentum, and Specific Choice had come from behind Rebel Dane and gone past him to have a length lead.

Rebel Dane was able to pick himself up from a standing start with 59kgs and run the other horse down in what was quite remarkable, and drew rave reports from everyone watching.

It was a brave effort, and a well-celebrated win, and certainly one that almost got away!

Rebel Dane is obviously a tremendously exciting horse and he will now go to the paddock for a break before returning where we hope that he can continue the excitement into his next preparation.

We will test the water with him, and if he is up to the standard we will chase the Group 1 Randwick Guineas on Saturday 16 March with him. 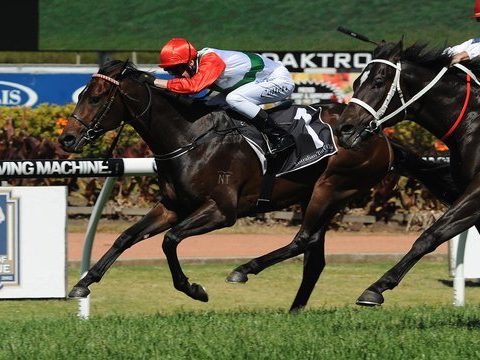 Off the Canvas!! Rebel Dane three for three. 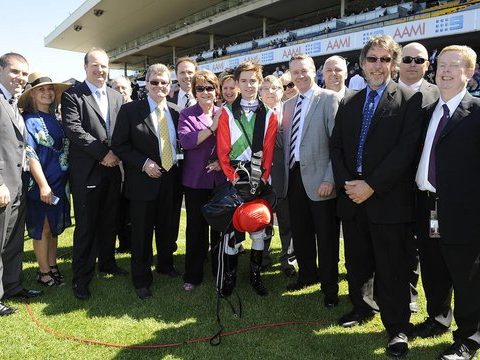