There is not as much prestige and a considerable difference in stakes than the obvious alternative.

But for Sydney sprinter Rebel Dane and his trainer Gary Portelli, winning the William Reid Stakes at Moonee Valley promises to be just as significant as a victory in the TJ Smith Stakes.

Looking to Rebel Dane’s future beyond the racetrack, Portelli and the horse’s syndicate of owners have chosen the lesser of two Group One sprint races run eight days apart in setting the entire for a first-up Melbourne win.

Rebel Dane is also already a Group One winner but another success at racing’s elite level would add value to his career as a commercial sire.

“We are probably a better chance of winning a Group One if we go to Moonee Valley rather than go to Randwick and be a ten-to-one shot and run another place in the TJ Smith,” Portelli said. 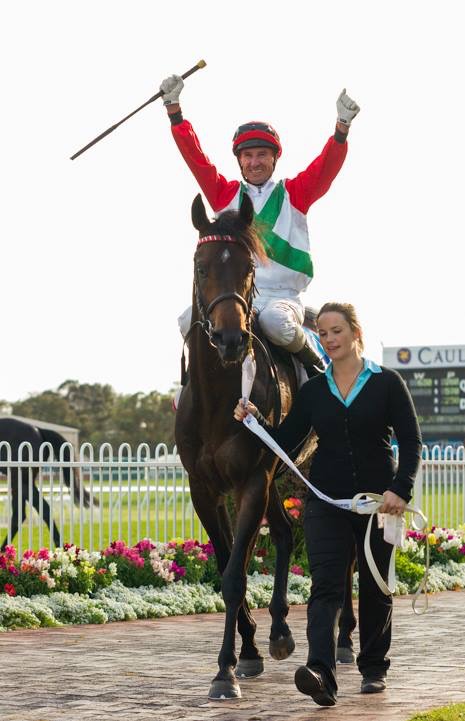 “The William Reid is a Group One race, he’s a stallion and it’s very important for him if we can get him over the line.”

“It would have been great to race him in both because it’s hard to turn your back on a race worth two and a half million dollars,” Portelli said.

“We ran second in the TJ last year with him but it wasn’t going to be any easier this year. Terravista is going to be there and so is Chautauqua.

“Around the Valley he’s been competitive against Lankan Rupee and Buffering but on the bigger tracks they’ve just had that little bit on us.”

Rebel Dane was among a host of unlucky runners when figuring in a blanket finish behind Lankan Rupee in last year’s Manikato Stakes at Moonee Valley and Portelli says his horse is due for a change of fortune at the track.

“He’s had a couple of goes at the Valley and he’s been unlucky so hopefully his turn comes this time,” Portelli said.

“The field is a rung below the TJ Smith but there’s still genuine Group One horses like Angelic Light and Famous Seamus so it’s not going to be a walk in he park for anyone.”
News from Just Horse Racing