Rebel Dane to cause upset in 2016 All Aged Stakes Field

His jockey is suddenly out of luck and his horse continues to be out of favour.

There are obviously better angles from which Louis Mihalyka can approach a major race, but it’s not enough to stop Rebel Dane’s managing owner from making a case for a Group One upset in the All Aged Stakes.

Laurel Oak Bloodstock’s Mihalyka says Rebel Dane deserves a break at Group One level after toiling away from indifferent barrier draws for most of the autumn.

The same can also be said for Rebel Dane’s jockey Jason Collett.

Collett was going to ride the odds-on favourite Yankee Rose in the Champagne Stakes as he chases his first Group One win.

Getting back on Rebel Dane for the first time since the 2013 Randwick Guineas was an unexpected add-on to his day at Randwick. 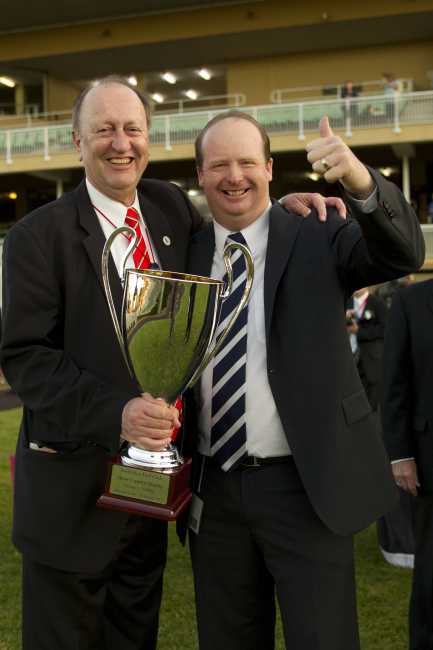 But in light of Yankee Rose’s scratching from the Champagne, Collett’s All Aged Stakes outsider has become an all-or-nothing Group One ride for him as the Sydney autumn carnival draws to a close.

And while Australia’s studs seem to have given up on Rebel Dane as a stallion prospect, Mihalyka is keeping the faith.

“The horse is fine, well and healthy and racing in good form theoretically, but he’s just not getting the opportunity to figure at the pointy end,” he said.

“Barriers have cost him in the Futurity (Stakes), the Galaxy when he was back and had no hope and then he drew the outside gate in the TJ Smith and was four and five wide throughout.”

“He’s not as good as the Chautauquas of this world. He needs to have barrier advantage to compete against them. Not disadvantage.”

Just as high-profile stablemates Press Statement and Kermadec will be out to impress for an overseas campaign, Mihalyka said Rebel Dane needed to win another Group One race to revive his prospects of a commercial career at stud.

“There was far more interest 18 months ago,” he said.

“The fact that he hasn’t won a Group One race since the Rupert Clarke (Stakes) for two years, that sort of nipped things in the bud.

“He needs to go and ram it down their throats with another Group One win and he just hasn’t been able to do that.”

Rebel Dane will be contesting his third All Aged Stakes and was sent out favourite to win two years ago for Glen Boss.

He is unwanted as a $26 chance on Saturday as the next crop of Australia’s young sprinters come through with Press Statement favourite to beat fellow three-year-old English and the talented four-year-old Malaguerra.