After a good debut third at Kyneton on their Cup Day, Return Journey returned to that track for her second start. Ridden by apprentice Brad Wallace, this Tony Noonan-trained filly did everything with a bit of authority. Having been trapped wide early from her wide draw, Brad took her up outside the leader, and on straightening she quickly put the issue beyond doubt.

The filly is somewhat of a conundrum as she has brilliant natural speed yet is bred to run 2400m, so we don’t quite know yet how far she will ultimately get.

We would like to race her with cover, but until now the horses she has trialled against haven’t been fast enough to keep up with her, so the next stage of her learning curve will be back over 1000m at Caulfield on Boxing Day, where she is more likely to find faster horses to give her a chance to get some cover.

Return Journey was one of three winners for Tony over two days, and one of four for him over the week, so it was good to see his stable back to its winning ways.

Return Journey will likely have only the one more start before going for a break to consolidate what she has learned so far. 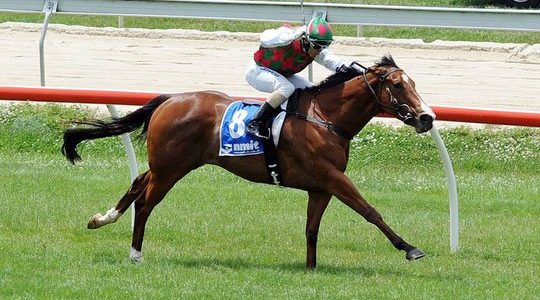