Brisbane’s newly-crowned premier jockey Tim Bell will return to Sydney to ride Group One placegetter Scratch Me Lucky in the Run To The Rose.

Bell, 21, served most of his apprenticeship in NSW and capped his first season as a senior rider with the Brisbane premiership and his first Group One win on Tinto in the Queensland Oaks.

Bred by by Ramsey Pastoral Co Pty Ltd and Laurel Oak Bloodstock, the Paul Perry-trained Scratch Me Lucky finished second to Peggy Jean in the ATC Sires’ Produce Stakes and just missed a place in the Champagne Stakes.

Both races were run on wet autumn tracks and the same conditions have been forecast for Saturday’s Rosehill meeting.

Perry has entered Scratch Me Lucky for several major spring races including the Epsom Handicap and the Cox Plate but says he will take it one race at a time. 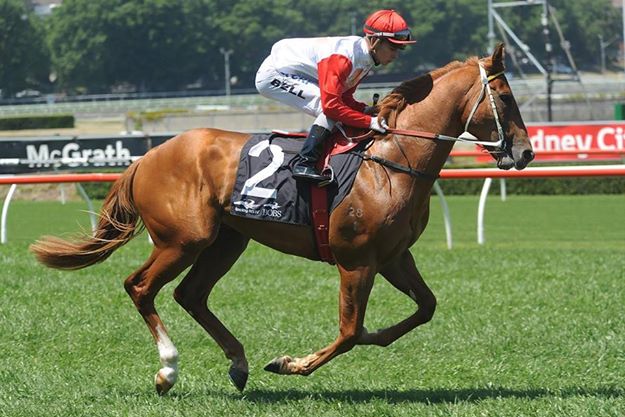 “He has grown into a darn nice horse. He has had two easy trials to get ready for the Run To The Rose,” Perry said.

“Tim Bell is coming down to ride him.

“We want to get him started and see where we are at. If he goes well on Saturday and then runs in the Golden Rose we will look at things after that.

“He could go to Melbourne for the Caulfield Guineas Prelude or he could stay here.

“The weather will play a part because we know how good he is in the wet.”

The colt was one of 14 entries taken on Monday for the Group Three 1200m sprint as the three-year-olds scramble for berths in the $1 million Golden Rose (1400m) two weeks later.

The nominations are headed by the Gai Waterhouse-trained Almalad, the only colt to win a juvenile Group One race last season when he beat Brazen Beau in the J J Atkins in Brisbane.

Brazen Beau will be among his rivals on Saturday with trainer Chris Waller also nominating Law and Sniper Fire.

Gerald Ryan, who enjoyed a stellar season with two-year-olds in 2013/14, entered Washington Heights and Ygritte.

He gave thought to nominating Bachman but said he would stick to his plan to go to the Golden Rose first-up.

Bachman has risen in the order of entry after Saturday’s Up And Coming Stakes during which some of his potential opponents were knocked out of the prize money by the wayward Liberation.