Heading to Royal Randwick on Saturday with two live chances in black type races is always great, and although neither crossed the finish line in front, both ran extremely positive races and highlights what hopefully will be a fruitful campaign for both.

The first of the team to head to the starting gates was our three-year-old Shamardal colt Better Land who was having his second career start, stepping up to the Listed Rosebud over 1200m against a handy line up of runners.

Trained by Peter Moody, the Inglis Easter yearling sale graduate was unfortunately planted three-wide in the run after jumping from the outside gate, but produced a brilliant turn off foot when it mattered to go down by three-quarters-of-a-length to last start winner Scissor Kick – pictured below. 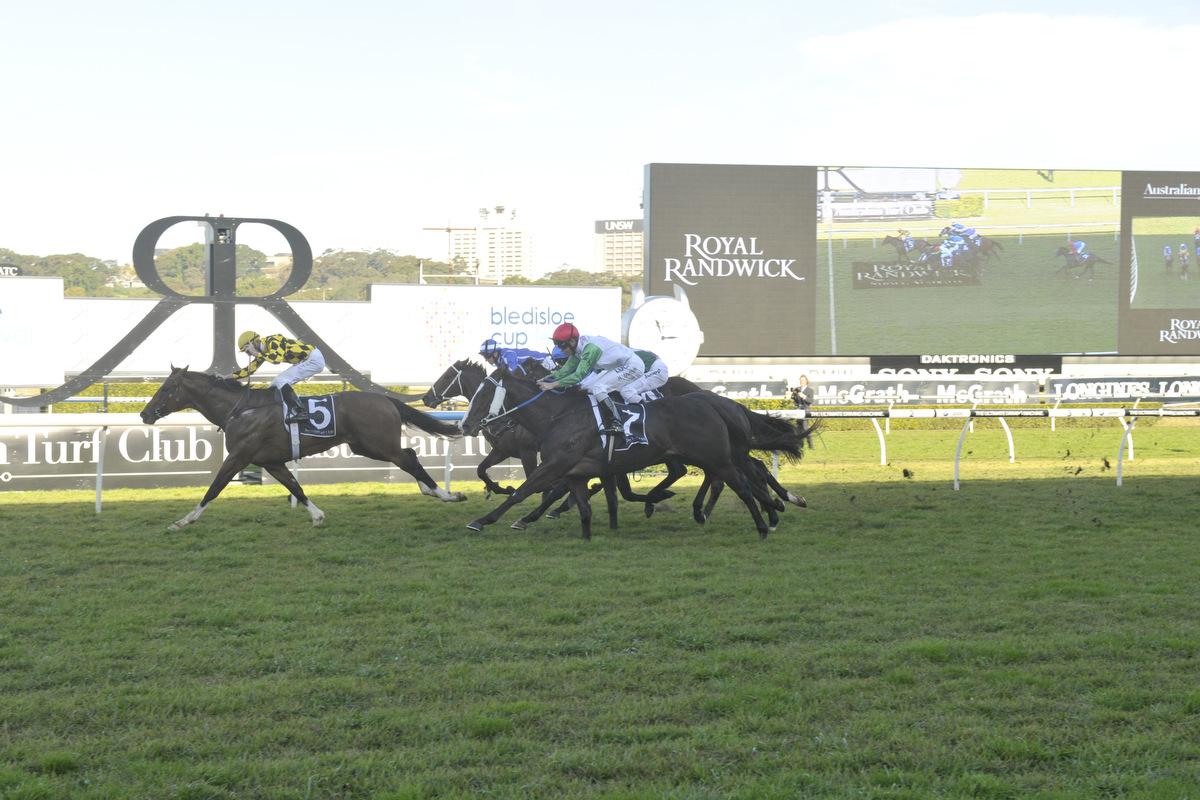 Producing what many considered to be the run of the race, it is interesting to note that 12 month prior, trainer Peter Moody also finished second in the race, also with a horse that jumped from barrier 8. That horse was Dissident, who would go on to win the Group One Randwick Guineas and become a very valuable commodity!

We can all hope that down the track we are in the same situation as our son of Shamardal is extremely well-bred being out of the former high-class juvenile Amelia’s Dream who could have been anything!!!

The very next race of the day saw Rebel Dane start first up in the Group Two Missile Stakes over 1200m with new jockey Blake Shinn in the saddle.

Starting the race favourite, the Gary Portelli-trained Rebel Dane settled mid-field in fourth while the four-year-old mare Sweet Idea got a cosy lead.

When the field headed for home, jockey Blake Shinn produced the now five-year-old to make his run, charging at the leaders to be beaten a long head x long head into third, with promising galloper Messene finishing second to Sweet Idea.

With both horses putting in great runs, all at Laurel Oak Bloodstock are excited to see how they progress during this campaign and fingers crossed we will be reporting about victories at their next starts #onwardsandupwards