Settling on the outside of the field after jumping away from one of the outside gates, Better Land was travelling extremely well for jockey Glyn Schofield, but when the Peter Moody-trained three-year-old looked as if he was going to play a huge part in the finish of the Group Three race, the wayward leader Liberation veered, seemingly from nowhere, right into the path of Better Land – taking his running and literally ending his winning chances. Check out the pictures below of the incident Liberation (Orange Silks) and Better Land (Red Cap and white blaze).

Such wass his determination, Better Land got going again but the same thing happened with Liberation making it clear Better Land was not to pass him.

Finishing fifth across the line, and eventually promoted to fourth in the Steward’s Room, Better Land is now in a precarious position of not having enough prize money in the kitty to make the field of the Group One Golden Rose (1400m) in three weeks’ time.

Post-race, trainer Peter Moody was obviously quite angry about the interference caused to his runner, especially as the culprit had previously behaved in the same manner on the track.

“He doesn’t have enough money to get into the race now and really has left us with some decisions to make about where next,” Moody said.

“He was going that well I thought he was going to win by a couple of lengths and Glyn (Schofield) thought the same thing. He was about to let down and got smashed.

“He picked himself back up and was about to go again and (Liberation) got him again. He was never tested to the line. We know we have a very good horse but we might not be able to get to the race we want now.”

Schofield described Better Land as “the meat in the sandwich” in the first incident. “I just got corkscrewed and then got going again somehow and (Liberation) run out again,” he said. “He should have won.”

All in all, the positive we can take away from the race is that Better Land is a colt with immense promise and while he may not make the field for the Group One Golden Rose (sigh), there are still a lot of opportunities for the colt to aim towards during the spring and we wish all the owners the best of luck. 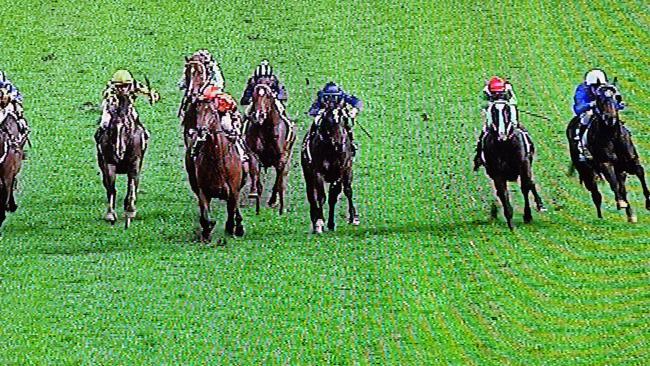