“He needs a fast run race but when it’s stop and start and tactical it makes it harder for him to use his powerful closing sprint,” Portelli said.

“Looking at Friday night’s field, he might have to contend with that again.

“I’m not scared of Buffering as there’s not much between them when they’ve met, but if Lankan Rupee brings his A grade form then that’s another story. Lankan Rupee gave us a fair touch-up in the T.J. Smith Stakes. In the small field we’ve got a fair task ahead of us.”

Portelli said he was looking forward to Rebel Dane returning to Moonee Valley.

His only run at the track was last year’s Manikato Stakes when he finished fifth, beaten a length behind Buffering when he came home strongly off a slow pace. 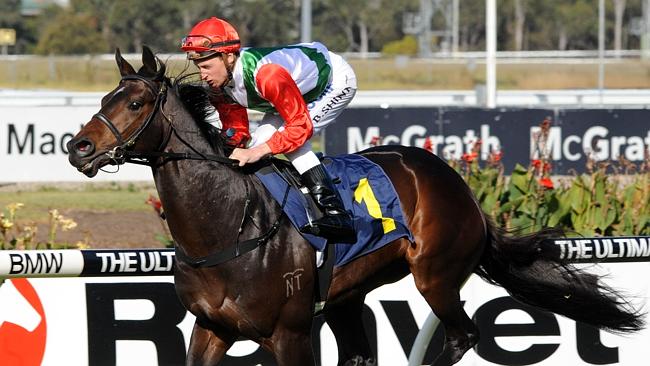 “I go in confident that he handles the track well,” he said.

Portelli said a perfect example was Rebel Dane’s only run this time in when he finished third in the Missile Stakes, which also developed into a sprint home .

Portelli said he was also happy to have the tactical nous of jockey Craig Williams in a small field.

Portelli said Rebel Dane’s spring preparation was hampered by a stone bruise before the Tramway Stakes and it flared up again before the Memsie Stakes.

“After that we regrouped and decided to head to the Moir and then the Manikato and then the Darley Classic,” he said.

Portelli said he did not consider Rebel Dane trying to make it back to back Sir Rupert Clarke Stakes on Sunday because he would get too much weight.

“Our aim is to try and win a Group 1 sprint with him, but it’s going to be hard taking on Lankan Rupee every start,” he said.

Portelli said Rebel Dane would have to be in a big field in a race run at a fast pace to win a Group 1 weight-for-age sprint.

“It’s hard to make ground when everyone is recording fast closing sectionals,” he said.

He said he was looked forward to taking on Lankan Rupee in the Darley Sprint Classic (1200m) as he believed the big field and the straight would suit Rebel Dane.