Yet to hit the track on race day, Laurel Oak Bloodstock’s now three-year-old Tuscan Falls produced another exciting trial effort on Monday at Rosehill, taking his heat by one-and-a-quarter lengths over the 900m.

Trained by Gary Portelli, the Nicconi gelding has had three trials to date and looks one to watch as we hopefully head to the races with him in the coming weeks – you can read about his previous trial win by clicking here.

Partnered by Tye Angland on Monday, Tuscan Falls went forward after jumping away well from the gates and settled in second place.

Wearing blinkers, Tuscan Falls came up on the outside of the leader who was under pressure and allowed to coast to the line in fine style (pictured below).

As his pedigree does suggest, he looks a smart horse in the making.

A graduate of the Turangga Farm draft at the 2013 Inglis Easter Yearling Sale, the Nicconi gelding is the first living foal of the General Nediym mare mare Queen Of The Falls, herself a half-sister to the Group Two -winning, Group One placed Elite Falls, both daughters of the Group Three-winning Danehill mare Niagara Falls. 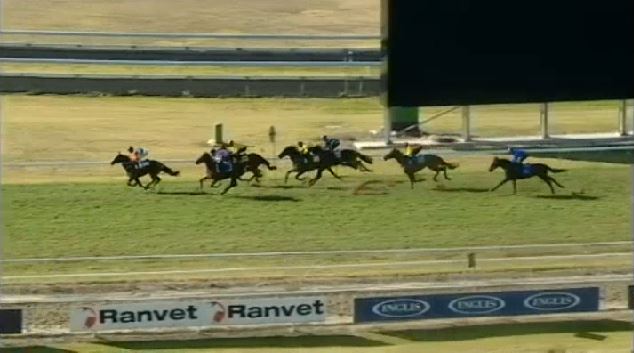